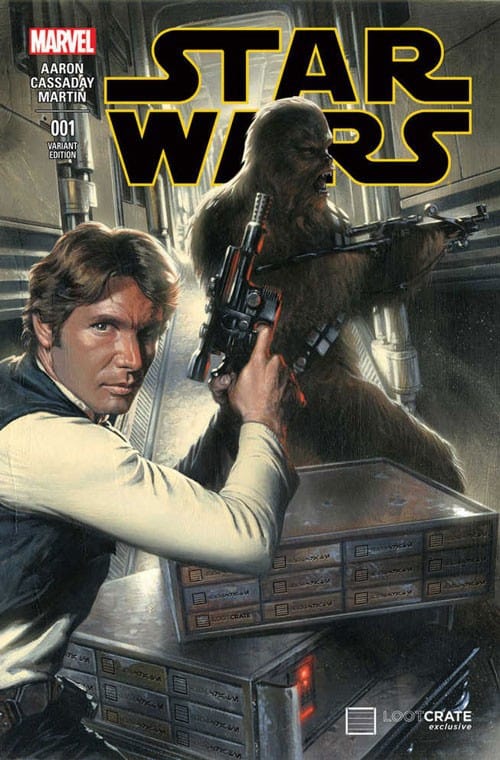 The theme of the Loot Crate January 2015 crate is REWIND and features geek and gaming icons of the past. Each month, Loot Crate delivers a monthly geek subscription box of geek apparel, collectables, and other loot right to your door.

This variant cover edition is only available to Loot Crate subscribers and is a must-have item for any Star Wars fan.

What do you think about the latest Loot Crate January crate spoiler? Who is your favorite Star Wars character?