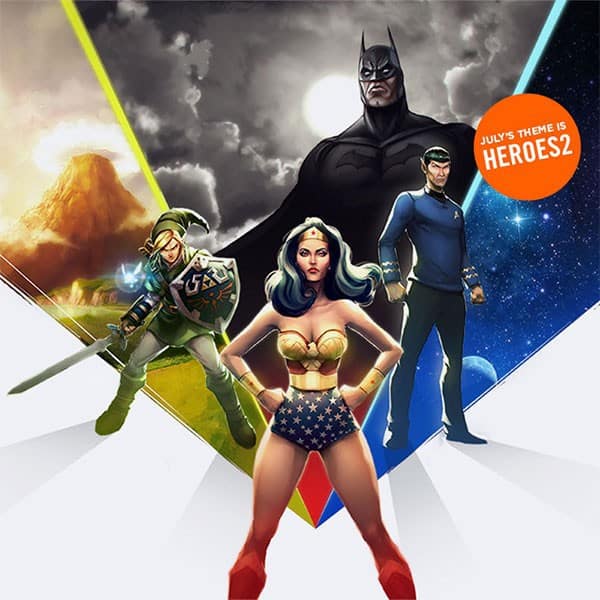 The  Loot Crate July 2015 theme is HEROES 2! This is Loot Crate’s second hero themed box and it will celebrate the return of the good, the great & the gallant with cool hero-themed geek and gamer gear and collectibles.

What’s better than Heroes? How about HEROES 2! In a world where bad eggs and madmen run amok … where evil, bearded doubles hold sway … and boarish wizards will do anything in pursuit of magic, golden triangles … you can always count on heroes to save the day!

Every month, one Loot Crate box subscribers is randomly selected to with a Mega Crate prize pack. The July 2015 Loot Crate Mega Crate is valued at over $2,500! 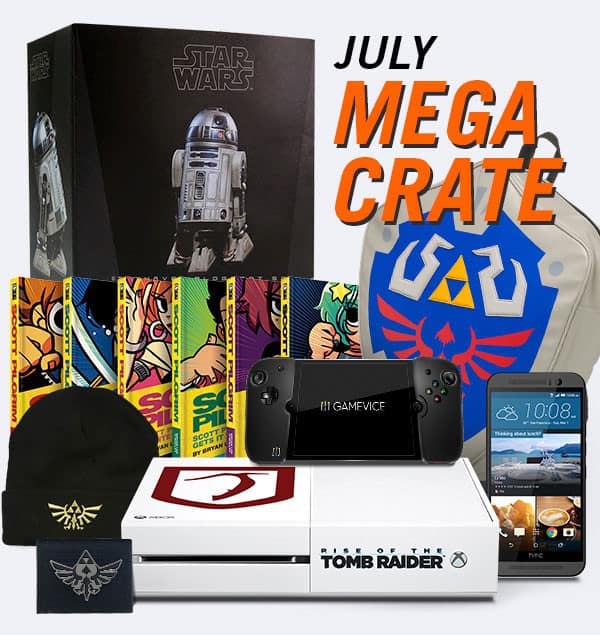 Here’s a look at the prizes included in the July Loot Crate Mega Crate:

Sign up for July’s Heroes 2 Loot Crate to be automatically entered to win!

Subscribe to Loot Crate by July 19, 2015 to reserve a Heroes 2 July Loot Crate. Save $3 off your first Loot Crate box when you use coupon code NEWS3 or use codeFINDBOXES to save 10% off any Loot Crate subscription.

We recognize a lot of characters from the July theme reveal – Zelda, Wonder Woman, Batman, and Spock. Which other hero do you hope will be in July’s Heroes 2 Loot Crate?