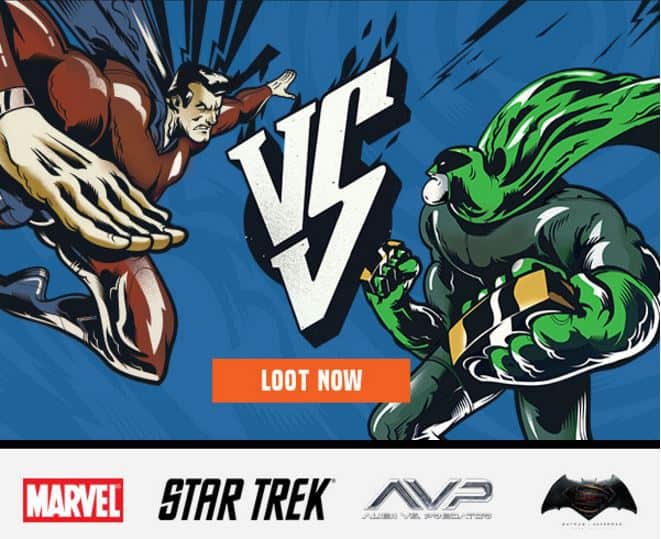 The Loot Crate March 2016 geek box theme and box spoilers have been revealed! Each month’s Loot Crate has a different geek theme for that month’s mystery box. The March 2016 Loot Crate theme is Versus.

The March Loot Crate will include the loot honoring some of the best geek rivalries!

A new theme has entered the ring. Grab the popcorn, place your bets and celebrate not only the theatrical throwdown of Batman v Superman but also more great rivalries and brutal battles from throughout pop culture history!

The March 2016 Loot Crate box spoilers have been also been shared. The Versus Loot Crate has items EXCLUSIVE items from Batman vs Superman, Alien vs Predator, Daredevil vs Punisher and more!

This month, we’re bringing you a crate filled with iconic geeky match-ups.

Loot Crate has confirmed the March “VERSUS” Loot Crate has an exclusive wearable from Marvel eaturing the Punisher and Daredevil! 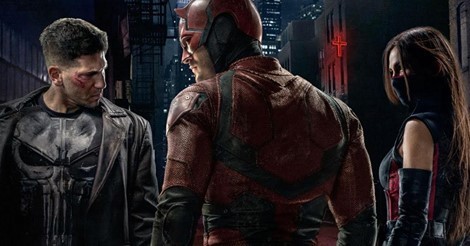 The Loot Crate March 2016 VS Crate has an EXCLUSIVE Harley Quinn item! 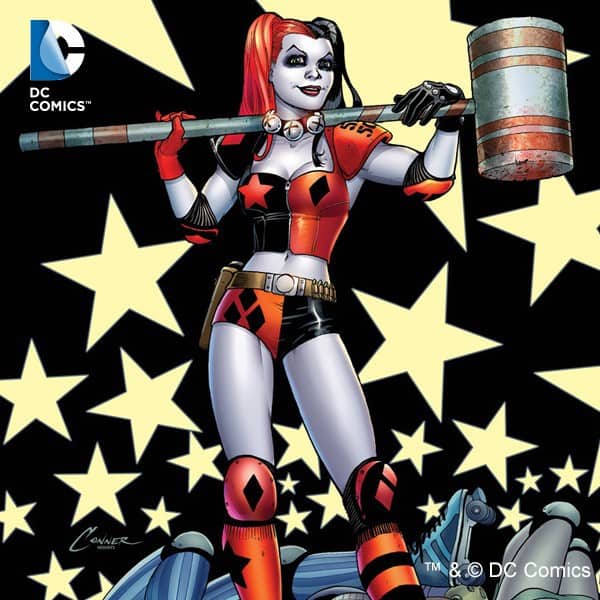 The Versus March Loot Crate will have a their monthly collectible Loot pin!

What do you think about the Loot Crate March 2016 theme and box spoilers?