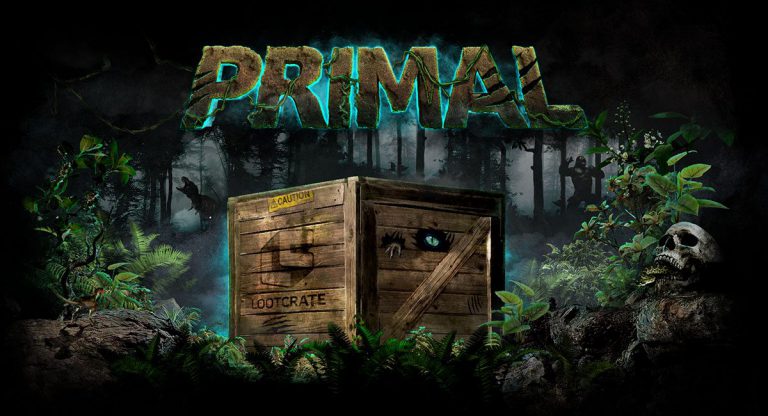 UPDATE: Read our March 2017 Loot Crate review to see all the PRIMAL loot in the box!

Check out the theme and box spoilers for the Loot Crate March 2017 geek and gamer monthly box. Each month, Loot Crate chooses a new theme for that month’s geek gear and collectibles. The March 2017 Loot Crate theme is PRIMAL!

That roar in the distance is a call. Will you answer it? This month we’re unleashing the beasts of some of pop culture’s most ferocious franchises!

We also have March 2017 Loot Crate box spoilers! The featured franchises for the PRIMAL Loot Crate are X-Men, Overwatch, Jurassic Park and Predator!

This month we’re going #PRIMAL and unleashing the beasts of some of pop culture’s most ferocious franchises— Overwatch, #Wolverine in celebration of the film #Logan, Jurassic World and Predator.

What do you think about the Loot Crate March 2017 PRIMAL theme and box spoilers?

Save $3 off March’s Loot Crate when you use coupon code LOOTR3 or use code FINDBOXES to save 10% off any Loot Crate subscription. Sign-up for 12 months of Loot Crate geek boxes and you’ll get a free Loot Crate t-shirt!