Take a break from humanity with ROBOTIC, September’s more-human-than-human theme! Celebrating some of the best characters in robot history, this crate packs an artificially intelligent punch!

Loot Crate has also provided a sneak peek at the geek franchises in the September 2017 Loot Crate Robotic crate! The Robotic Loot Crate features an item from Aliens! 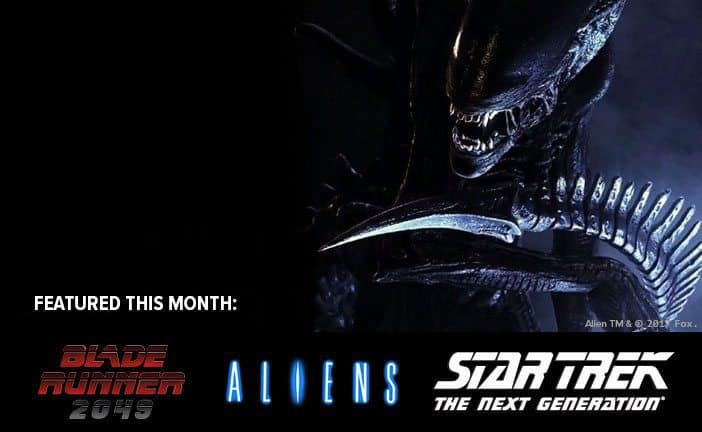 Whether they beep or speak, many of our favorite characters are #ROBOTIC! Review Isaac Asimov’s Three Laws because September’s Loot Crate is packed with items from Blade Runner 2049, Aliens, Star Trek: The Next Generation Mirror Universe and Star Wars! #lootcrate

What do you think about the Loot Crate September 2017 Robotic theme and spoilers?

Save $3 off September’s Loot Crate when you use coupon code LOOTR3 use code SAVE10 to save 10% off any subscription. Sign-up for 12 months of Loot Crate geek boxes and you’ll get a free Loot Crate t-shirt!