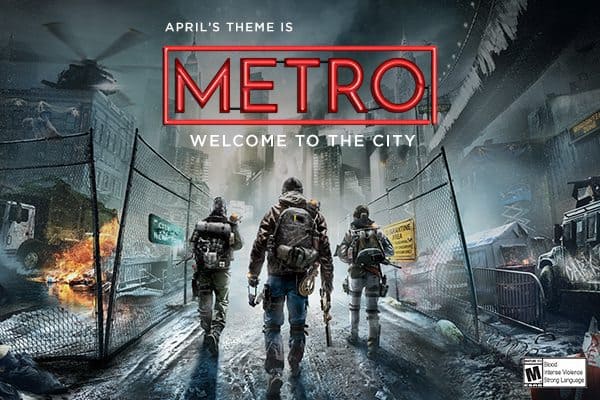 Stock up on ADAM, reload your Beretta and keep your stimpaks handy because we’re heading into the urban jungle with April’s METRO theme.

We also have box spoilers for the April 2016 Loot Gaming box. April’s METRO gaming box is ALL EXCLUSIVE and will have video game loot from Fallout 4, Bioshock 2, Mirror’s Edge Cataylst, Resident Evil and Tom Clancy’s The Division!

Plus, every April Loot Gaming subscriber will receive an EXCLUSIVE DLC skin for The Division that works on any platform!

Are you excited for the Metro Loot Gaming April 2016 box?