Man vs. Nature. Summer means vacationing and fun in the sun – but in the world of gaming, vacations hardly ever go the way you planned. So, we’re celebrating trips gone wrong with this month’s theme: STRANDED 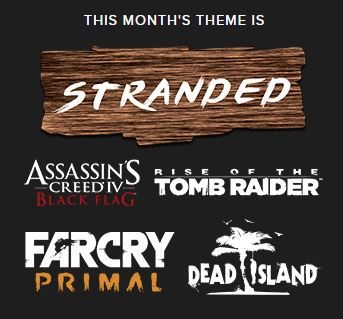 The Assassin’s Creed Iv: Black Flag collectible in the July crate is an exclusive!

Loot Gaming has SOLD OUT 4 months in a row. Subscribe by July 27th at 9pm PST to reserve your July 2016 Loot Gaming Stranded crate.

Are you excited for the video game loot in the July Stranded Loot Gaming crate?