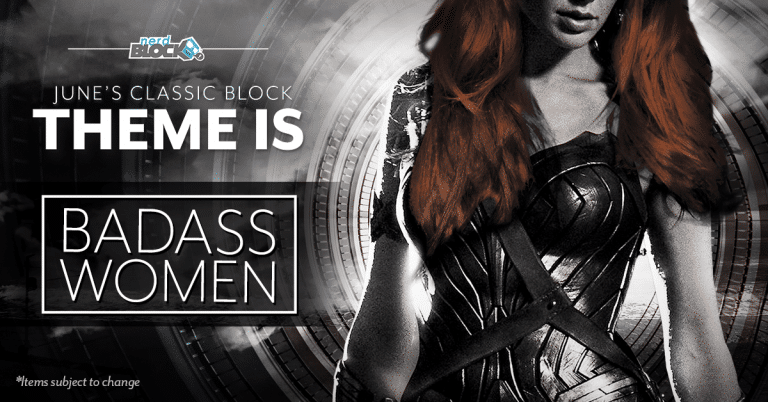 We’re celebrating the most Badass Women in pop culture with June’s Classic Block! Get badass exclusives, collectibles and apparel from some of your favorite ladies in pop culture!

We’re still waiting for Nerd Block to announce the franchises for the June 2017 Badass Women Nerd Block Classic Block. However we do know that there is an EXCLUSIVE Wonder Woman item! There are also exclusives from other DC Comics ladies.