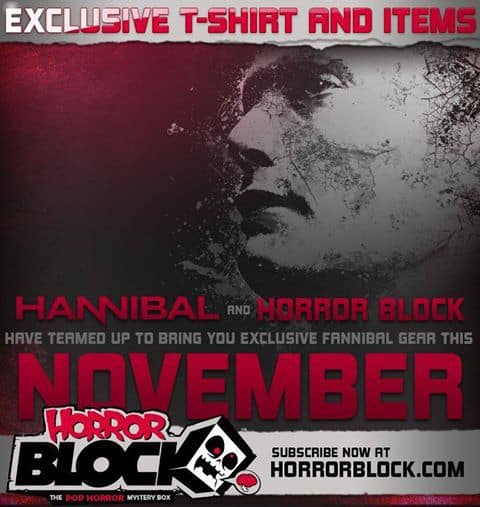 Brought to you by the makers of Nerd Block, Horror Block delivers a monthly, mystery, pop-horror subscription box right to your door every month! We have our box spoilers for the November 2014 Horror Block box!

By now you might have heard… we have teamed up with NBC / Hannibal this month! Our November block will include some exclusive Fannibal gear.

A Nightmare on Elm Street item! 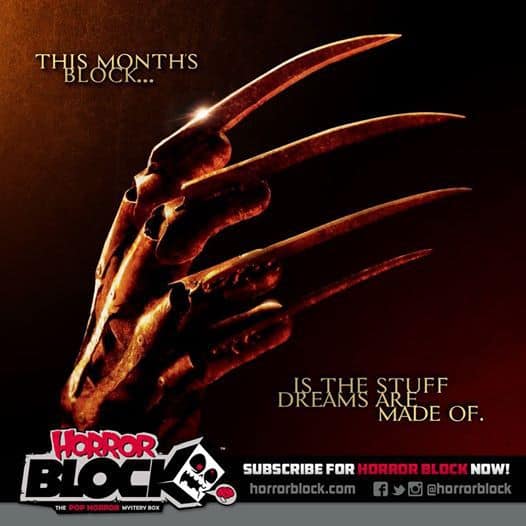 Who loves Freddy Krueger? Any fan of A Nightmare on Elm Street will want in on this!

We do know the Horror Block November 2014 Box will have an exclusive t-shirt, but we don’t know if it will be a Hannibal or A Nightmare on Elm Street tee (or another horror-inspired tee!)

What do you think of the November 2014 Horror Block spoilers?