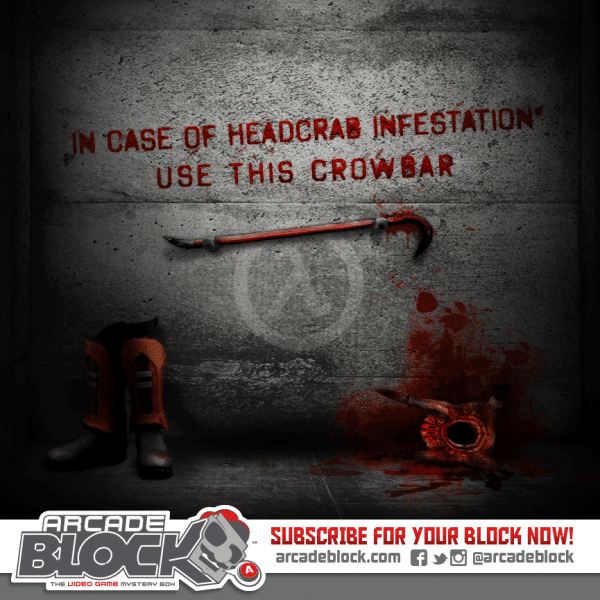 The October 2014 Arcade Block box will feature a Half-Life t-shirt!

October’s Arcade Block is featuring an awesome Half-Life T-Shirt! This is sure to keep you as quiet as Dr. Freeman!

The October Arcade Block is sold out and November blocks are selling quickly. Subscribe to Arcade Block today!