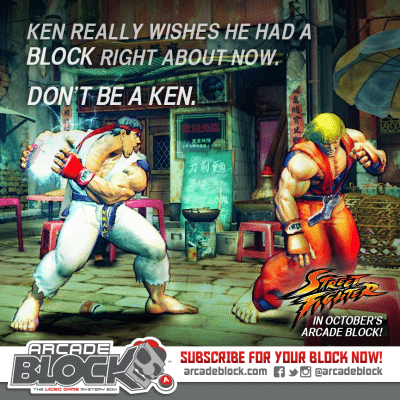 Arcade Block, the newest subscription box in the Nerd Block family, delivers a monthly video-game themed mystery box to your door every month. In addition to our first October 2014 Arcade Block box spoiler, we now have a second box spoiler for the October Arcade Block!

The October 2014 Arcade Block will feature an item from Street Fighter!

This month’s Arcade Block is featuring an amazing Street Fighter item that is sure to fill up your Super Meter!