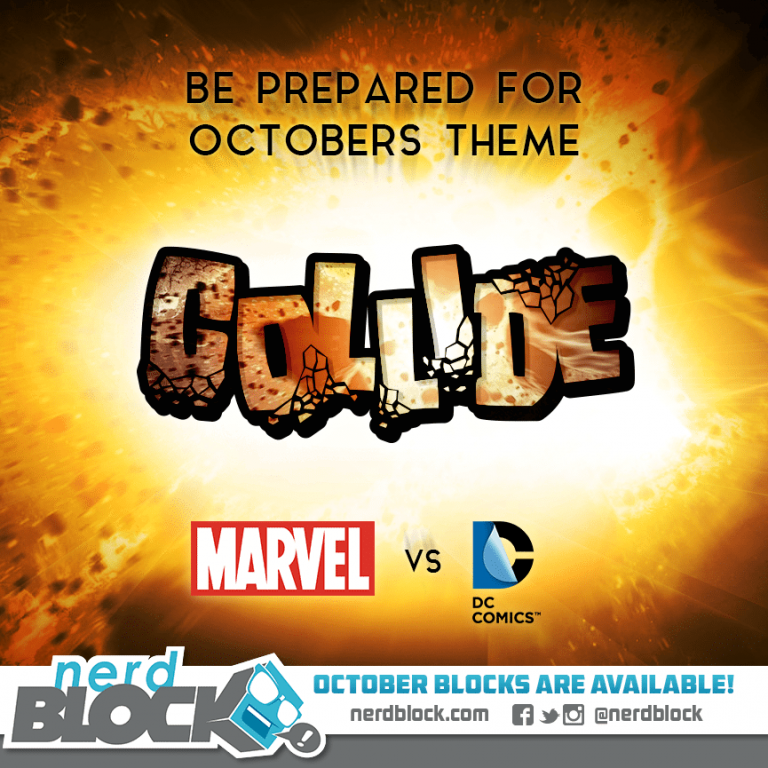 The theme for the October 2014 Nerd Block is Collide – Marvel vs. DC!

We also have what appears to be a box spoiler hint for the October Nerd Block! Perhaps something related to Wolverine is in store? 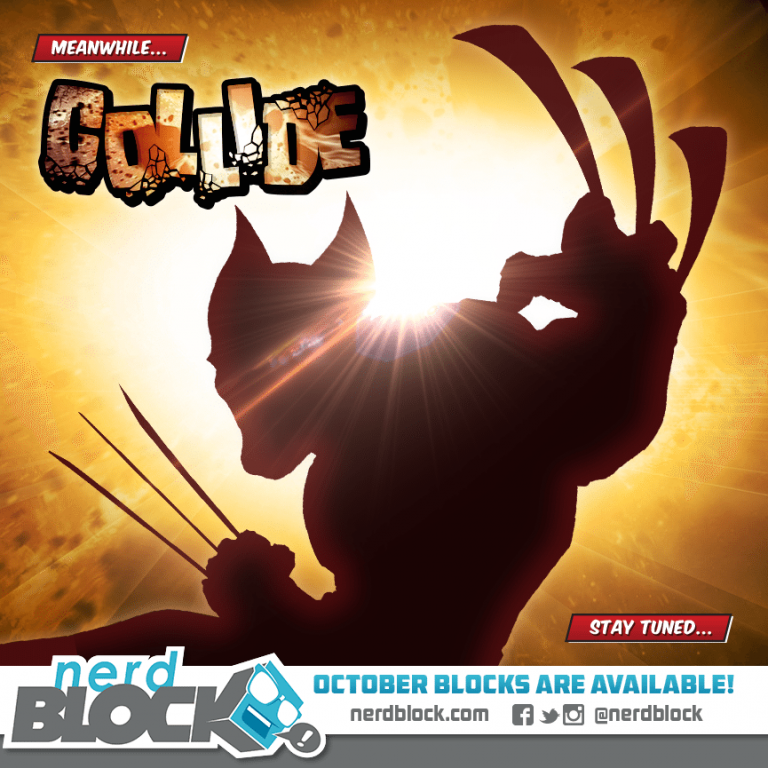 What do you think of the October 2014 Nerd Block theme? Let us know in the comments below!