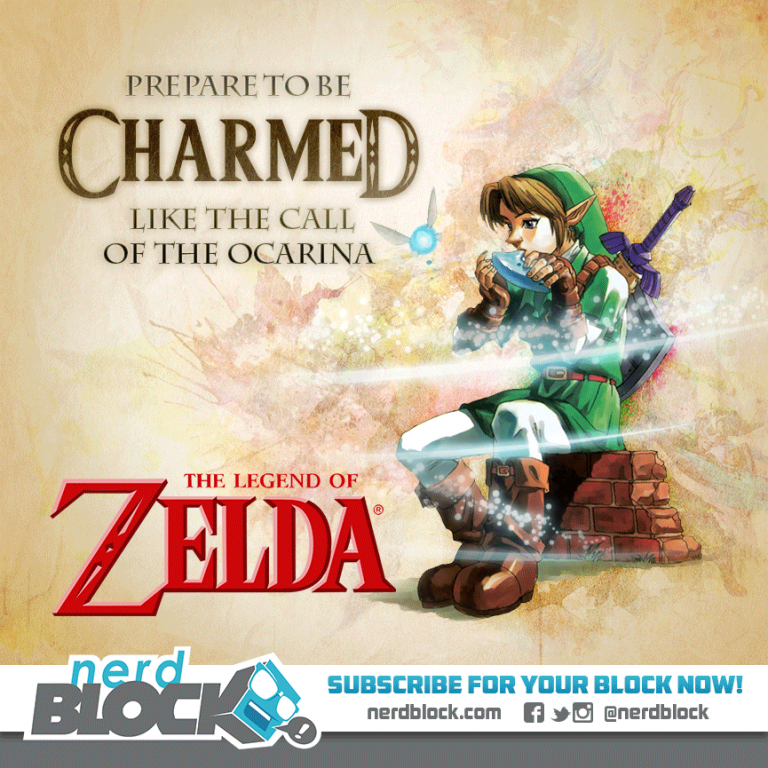 The box spoilers for the October Nerd Block Classic box keep rolling in. The October 2014 Nerd Block subscription box of nerd-approved gear and collectables is curated by Kevin Smith and this month’s theme is Collide: Marvel vs. DC Comics!

The October 2014 Nerd Block Classic box will feature an item from Zelda!

The theme this month may be Collide-Marvel Vs DC, but that doesn’t mean that we can’t add something extra for our subscribers! So, that’s why this month’s block will also include a charming Zelda item!

What do you think the “charming” Zelda item could be?