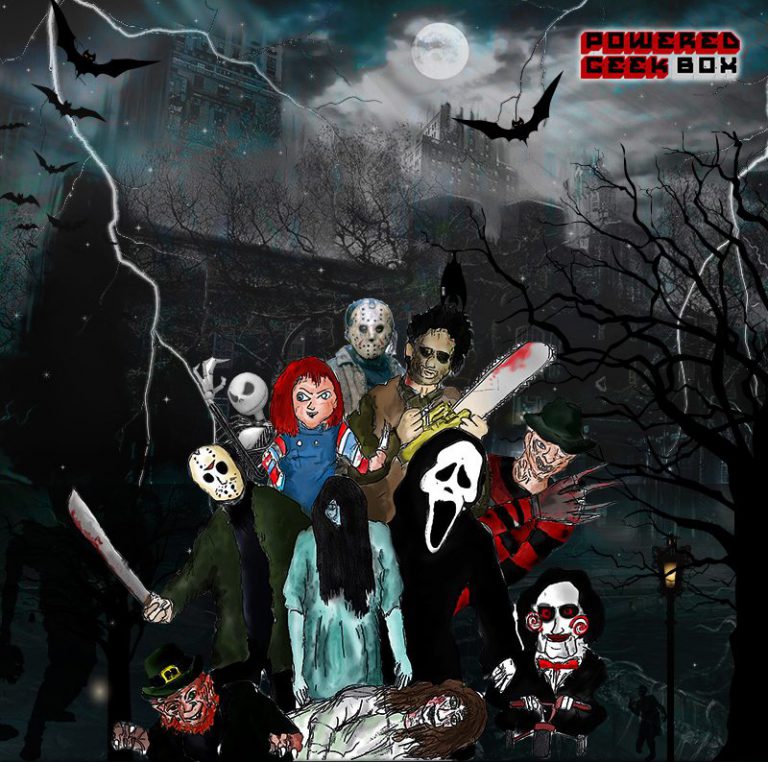 Jason and Freddy may be names that scare some people, but they don’t scare you. Things go bump in the night, and like Sam and Dean, you want to investigate. Maybe the unknown doesn’t scare you — it intrigues you! This month we’re bringing you all of your favorite classics in one horror-packed box. This box will be so scarily good, you might be afraid to open to see what lingers inside…

With this month’s theme reveal Powered Geek Box has also shared a few hints for the October geek collectibles. Based off the theme description, we thing this month’s geek box might feature geek goodies from Supernatural, Friday the 13th, Nightmare Before Christmas, and Nightmare on Elm Street.

Are you excited about the Powered Geek Box Horror theme?