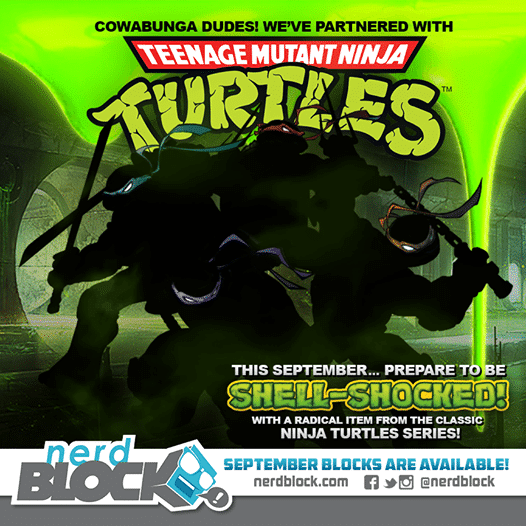 The September 2014 Nerd Blocks are now available and we have our first September box spoiler! Every month, Nerd Block delivers a mystery box of themed nerd gear for $19.99 a month, including t-shirts, collectibles and more.

What do you think the TMNT item could be?