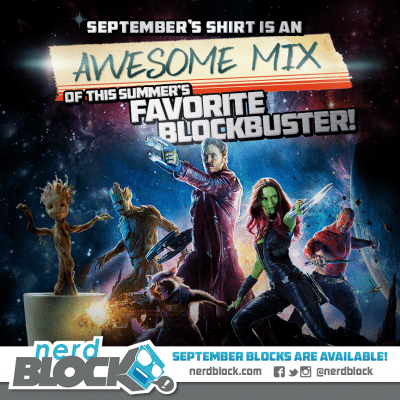 A few weeks ago, we got our first look into the September 2014 Nerd Block. Nerd Block is a monthly subscription box delivering a mystery box full of theme nerd gear for just $19.99 a month. Today, we have two more September Nerd Block Box spoilers!

The September 2014 Nerd Block will include a Scribblenauts item directly from DC.

We also have a hint about what this month’s t-shirt might be:

Celebrating this summers breakout blockbuster Guardians Of The Galaxy, we’ve got a shirt that’s sure to be the awesome mix you’ve been looking for!