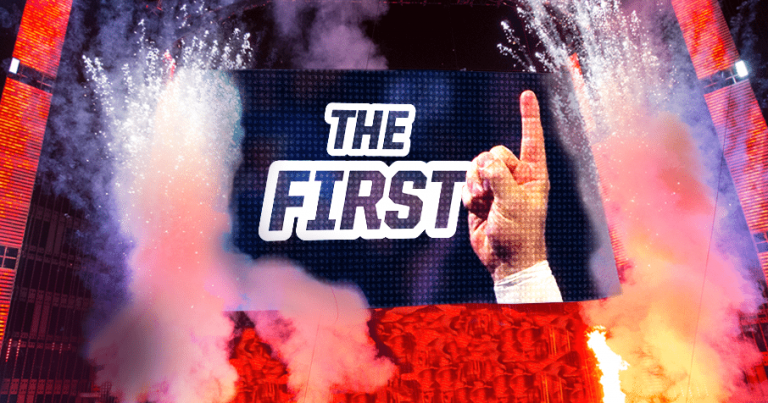 Loot Crate is giving us a sneak peek at the first WWE Slam Crate, which ships in October. Each WWE Slam Crate by Loot Crate box will have a different theme and features six exclusive, officially licensed WWE collectibles and apparel. The WWE Slam Crate October 2016 theme is THE FIRST!

It’s only fitting that our first WWE Slam Crate theme is THE FIRST! Remember the first time you saw a match, or the first time a superstar made you shout “This is Awesome!”?

We’re bringing you a crate full of amazing and exclusive “firsts” in the WWE Universe, including an Austin Aries Topps card (100 of which are autographed by Austin Aries) and a magical New Day collectible.

Bada Boom, you’re about to be the realest in the room. Or would you rather stay SAWFT? Become a certified G and a bonafide stud by signing up for the WWE Slam Crate and getting yourself this EXCLUSIVE Authentic t-shirt. And you can’t teach that!

Are you excited for The First WWE Slam Crate October 2016 WWE subscription box?