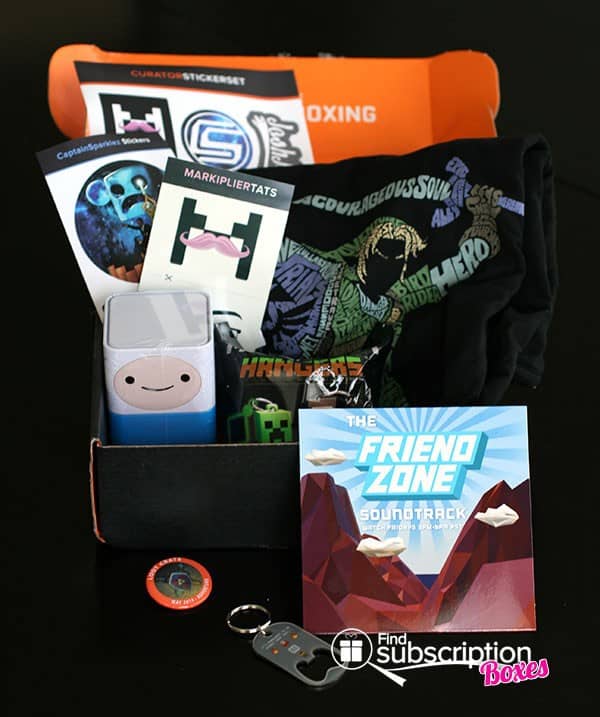 After opening the box, we got our first look at the collectibles in the May Adventure-themed Loot Crate. 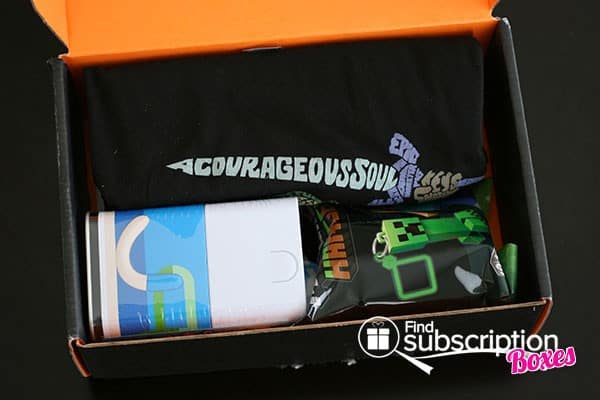 This month’s box did not include a Loot Crate Mini-mag but instead will have a new, digital interactive Loot Crate Magazine.

Inside the May 2014 Loot Crate Box

There were 9 items inside the May Loot Crate Box:

Wear The Legend of Zelda t-shirt on your adventures.

Clip this collectible Minecraft Hanger Figure on your backpack belt, or use it as a key chain to show off your Minecraft pride.

Jam to 11 tracks of original chiptune music, including the FriendZone theme song with this limited-edition FriendZZone Soundtrack CD.

It’s dangerous to go alone! Take this Legend of Zelda Bottle opener on your journeys.

Show off your Loot Crate loyalty with this collectible pin.

Loot Crate gives a nod to the curators of this month’s box with fun stickers and temporary tattoos.

Do you want to get your own monthly Loot Crate? Use Loot Crate coupon code FINDBOXES to save 10% off your Loot Crate subscription or use code JUNELOOT to save $3 off.