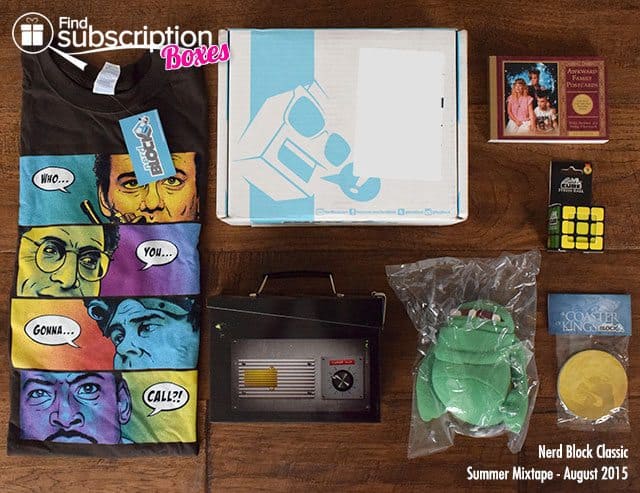 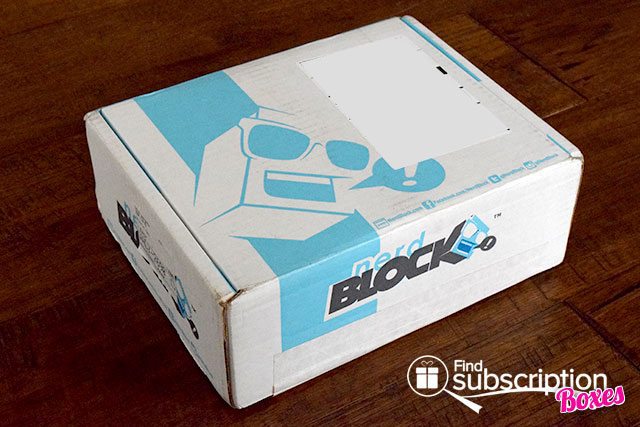 Nerd Block includes a product card describing each of the nerd items and exclusive nerd collectibles in that month’s block. 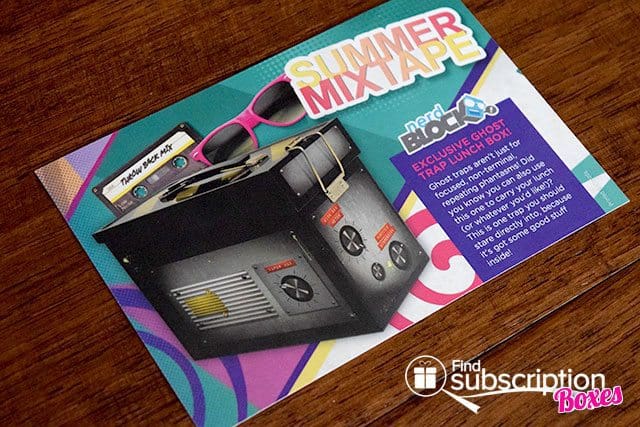 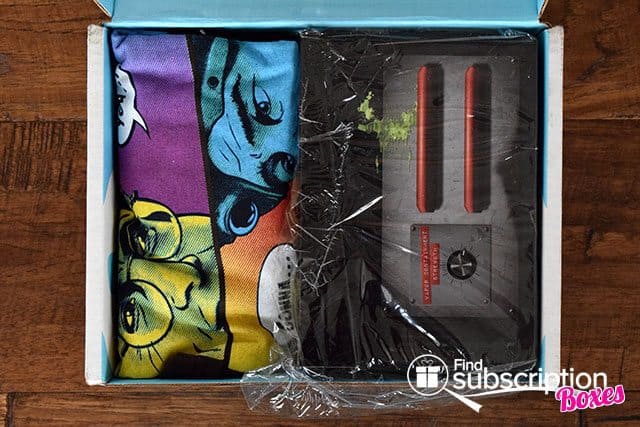 There were 6 items in the August Summer Mixtape Nerd Block Classic Block. 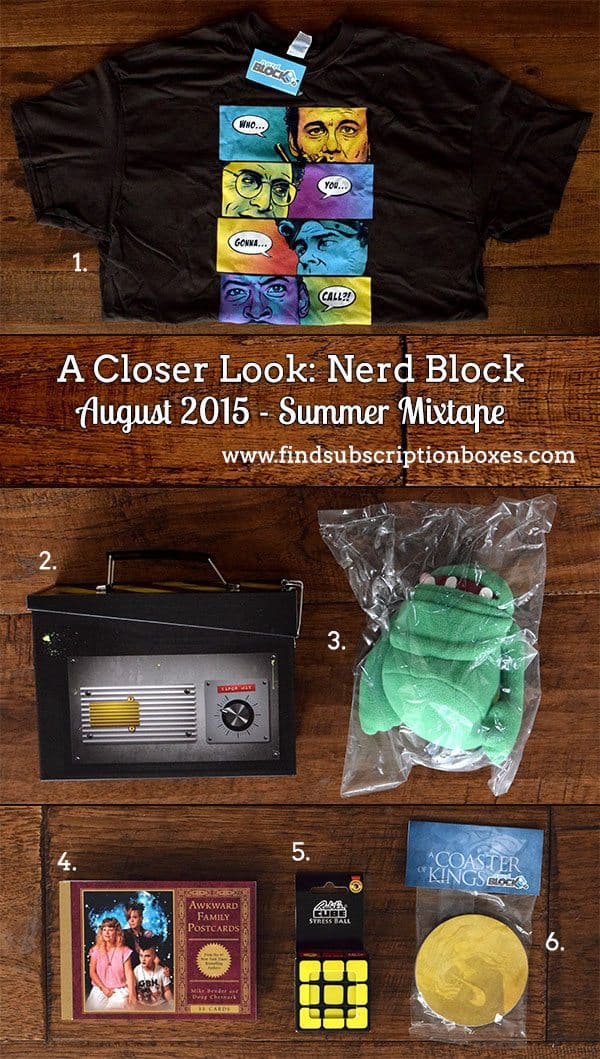 1. Exclusive Who You Gonna Call? T-Shirt

Carry your lunch in this exclusive metal Ghostbusters lunch box to protect your meals from hungry ghosts.

Slimer is cute and cuddly instead of gross and slimy thanks to this exclusive Ghostbusters plush.

Send your friends and family some of the most awkward postcards featuring awkward family photos.

Use this puzzling cube to help relieve any excess stress.

6. Exclusive: A Coaster of Kings

Set your cool beverages on these exclusive coasters featuring the different Game of Thrones House sigils.

Ghostbusters fans are sure to have geeked out over the Nerd Block August 2015 Summer Mixtape Classic Block. From the exclusive t-shirt to one of the coolest lunch boxes ever, the exclusive Ghostbusters collectibles were perfect throwback items for the popular franchise. The postcards make us glad that those 80’s hair styles are a thing of the past.

What was your favorite Nerd Block August Summer Mixtape item?

The September Nerd Block Classic theme has been revealed!

Want to get a free nerd box to start your own nerd collectibles collection? For a limited time new subscribers can get a FREE Welcome Block with new Nerd Block, Arcade Block, Comic Block and Horror Block Subscriptions.