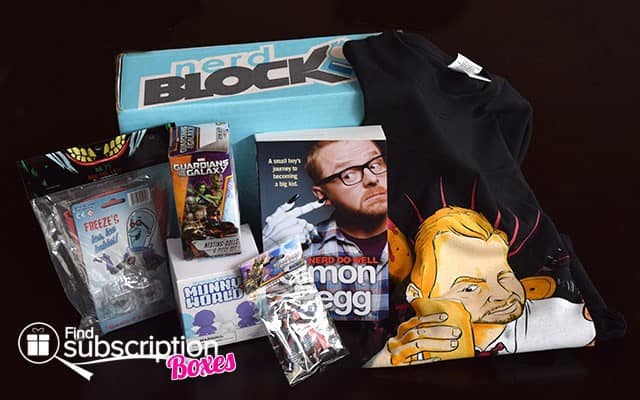 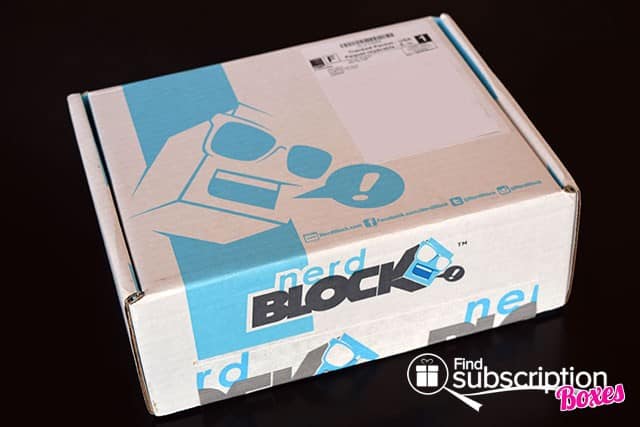 Each Nerd Block has a product card that describes each of the items in that month’s block. 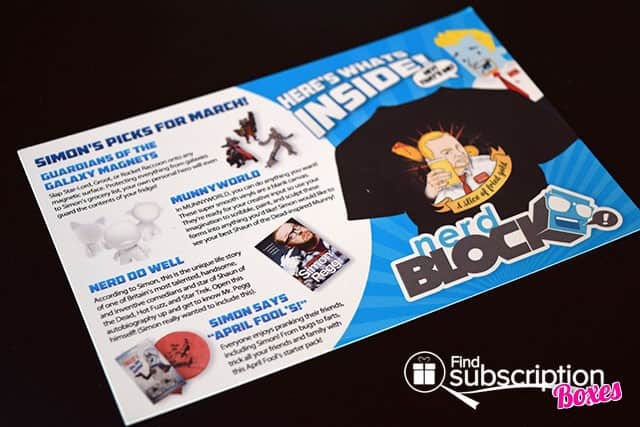 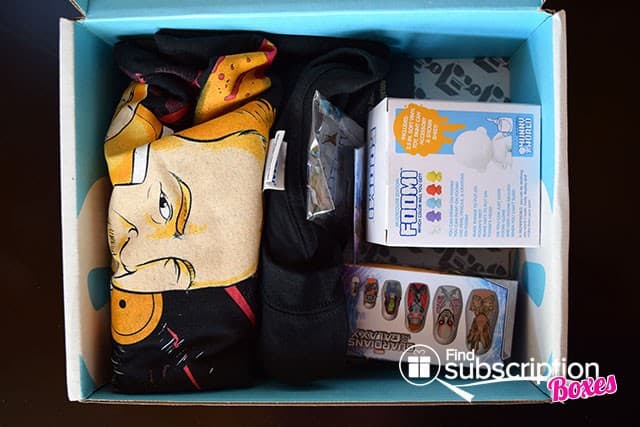 There were 6 nerdy items in our March 2015 Nerd Block Classic Block.

1. “A slice of fried gold” Shaun of the Dead T-Shirt

This t-shirt is “a slice of fried gold” itself and is a must-have for Shaun of the Dead and Simon Pegg fans – whether around the house our heading to your favorite pub.

2. Nerd Do Well by Simon Pegg

This autobiography shares the unique life story of this month’s Nerd Block curator, comedian and star of Shaun of the Dead, Hot Fuzz,  and Star Trek, Simon Pegg.

3. Guardians of the Galaxy Nesting Dalls

This nesting doll set features all your favorite Guardians including the Nerd Block EXCLUSIVE Baby Groot.

Protect your fridge, your car, or any other magnetic surface with your own personal hero magnet.

This Batman-themed prank starter pack includes a whoopee cushion and fly ice cubes that are perfect for those who want to prank their friends and family.

These vinyls are the perfect way to use your imagination and transform this blank canvas into anything you’d like.

What was your favorite item from the Simon Says March Nerd Block?