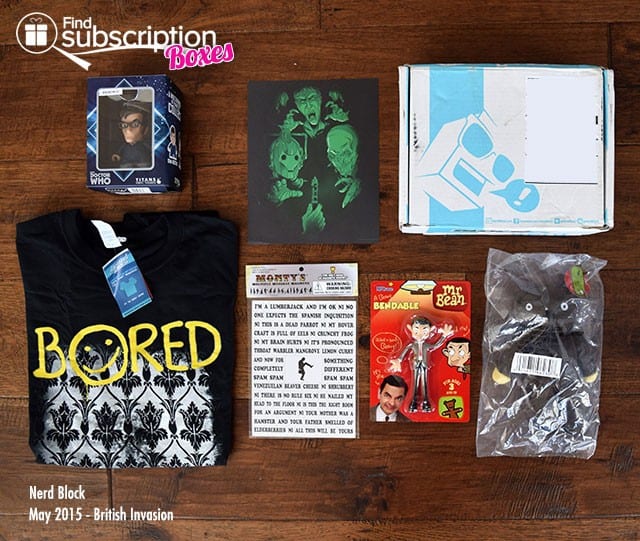 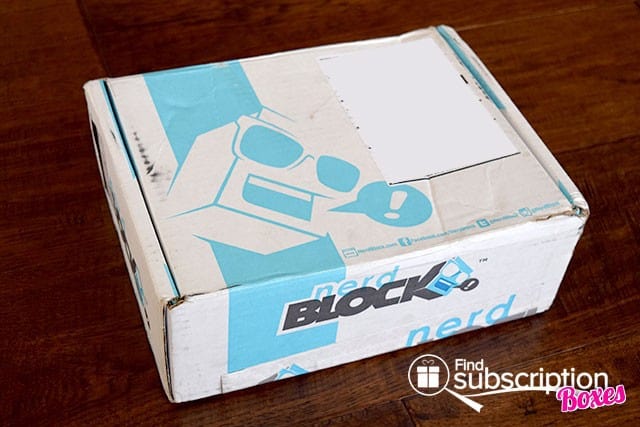 Nerd Block includes a product card that describes each of the items in that month’s nerd subscription box. The Nerd Block June 2015 theme was British Invasion and was curated by Mr. Bean! 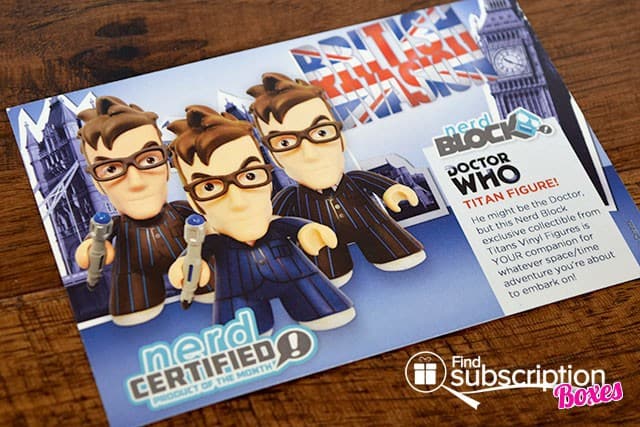 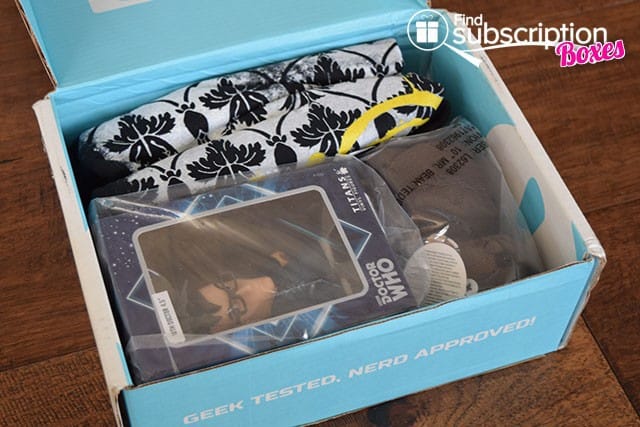 Create the fun, body contorting shapes that Mr. Bean is famous for with this bendable Mr. Bean figure.

Mr. Bean, the June Nerd Block Classic curator has provide you with your very own version of his favorite Teddy.

This exclusive ShirtPunch t-shirt is a must-have for BBC’s Sherlock fans.

Take this exclusive Doctor Who figure with you when you adventure through space and time!

Available in blue or limited edition green, this exclusive print is perfect for decorating the walls of Doctor Who fans.

No one expects the Spanish Inquisition on your refrigerator. Decorate any magnetic surface with your favorite Monty Python quotes and create your own.

What was your favorite item from the June 2015 Nerd Block Classic Block?

Get ready for the July Nerd Block! Check out the Nerd Block July 2015 Classic Block theme.