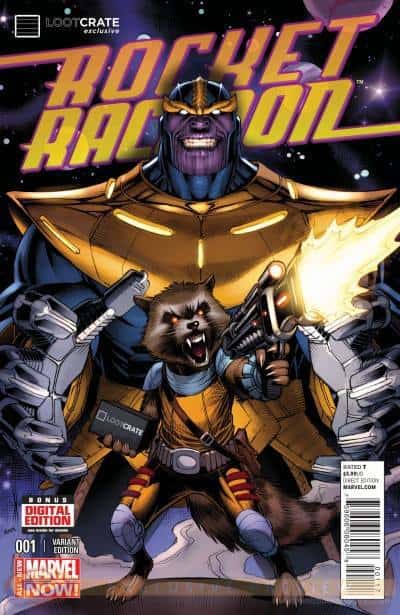 We have more information about what’s in the July 2014 Loot Crate box for gamers and geeks. The theme of the July Loot Crate is VILLAINS, and we knew that there was an exclusive variant cover from a Marvel comic. Now, we have a sneak peek at this special box spoiler: the variant cover of Marvel’s new Rocket Racoon #1!

Are you excited to get this exclusive Marvel Comics variant cover?