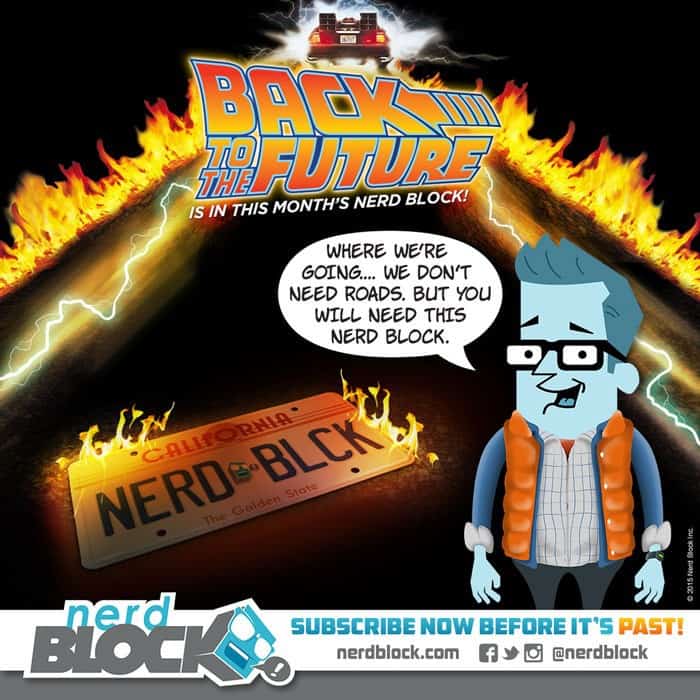 The April 2015 Nerd Block Classic Block will feature a Back To the Future item!

We’re taking you back in time with an epic Back To The Future item in this month’s Classic Nerd Block! You won’t need to go 88 MPH to get it, just a subscription to the block! 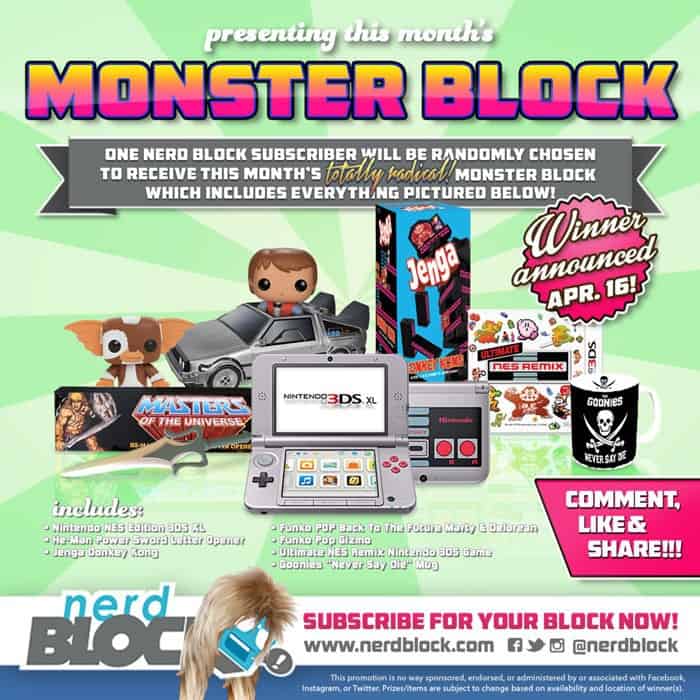 Which was your favorite Back to the Future movie? Are you excited for this April Nerd Block spoiler?