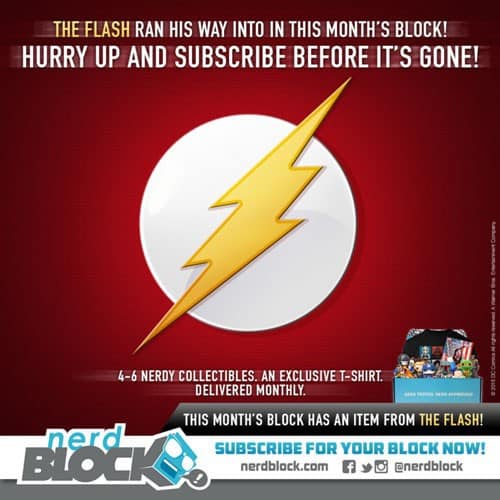 The February Classic block has an item straight from Central City! That’s right, The Flash is in the block! This is exclusive to Nerd Block!

What do you think about our second Nerd Block February Classic Block box spoiler?