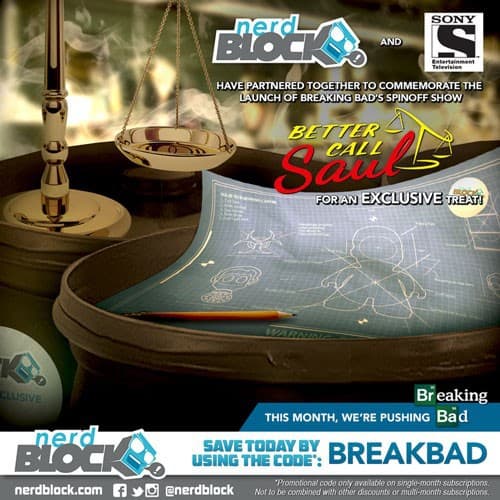 The February Classic Block is all about exclusives! That’s why, we have partnered with Sony to commemorate the launch of the Breaking Bad spinoff, Better Call Saul, with an exclusive item that can not be gotten anywhere else! You won’t want to miss this!

Are you a Breaking Bad fan? What do you think about the first Nerd Block February Classic Block box spoiler?