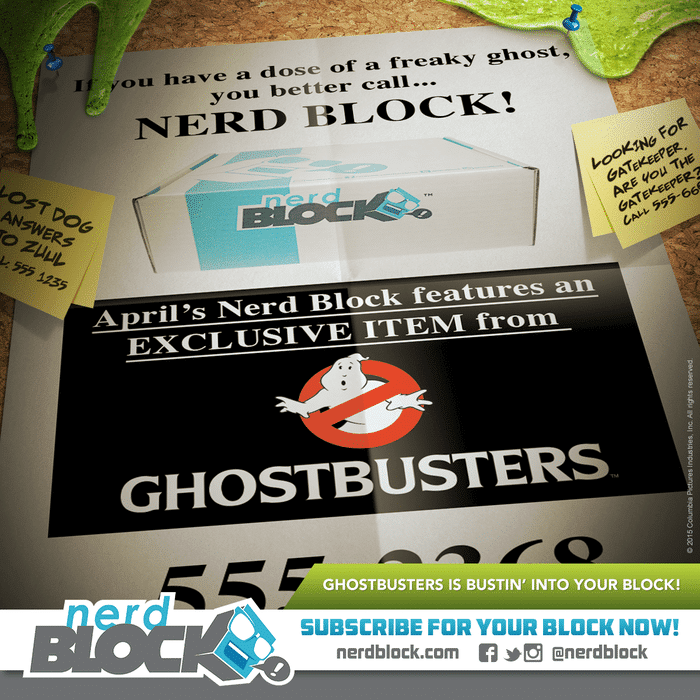 Do you have a dose of a freaky ghost and are unsure of who to call? Just think of one name: NERD BLOCK! This April we will be including an exclusive Ghostbusters vinyl collectible in the Classic Nerd Block! We guarantee you will not be able to get this from anyone else!

Who is your favorite Ghostbuster? Are you excited for this exclusive Nerd Block Ghostbusters item?