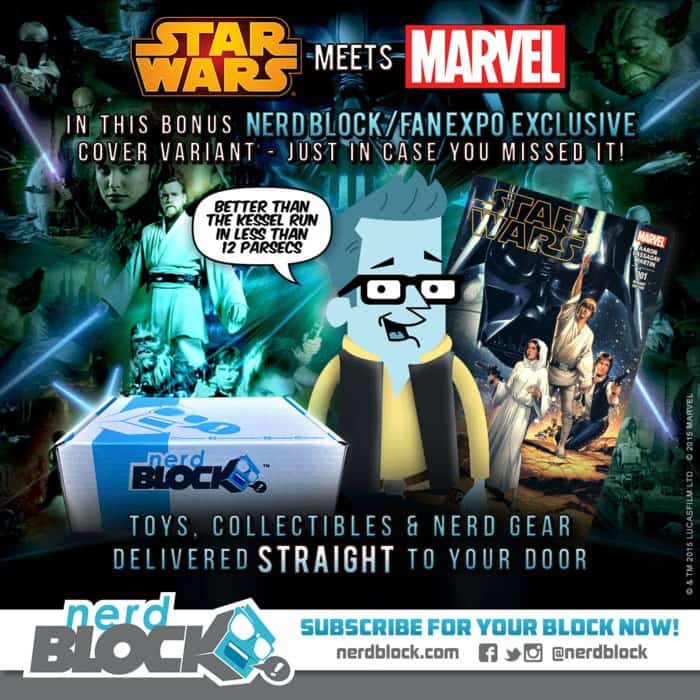 We have one more special item for you in the February Classic Block; an exclusive Nerd Block/ Fan Expo variant cover issue of Star Wars #1! This is a bonus item in the block! If you missed it from other sources, this is your chance to get it! This is something you won’t want to miss!

With this new box spoiler, we know the February Classic Block will have:

Who is your favorite Star Wars character? Are you excited for this new Nerd Block spoiler?